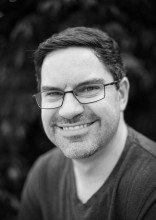 VOCAL MENTOR
Mathew moved to Newcastle in 2002 to complete a Bachelor of Music degree at the University of Newcastle. While studying Classical Voice with Christopher Allan, and Orchestral Conducting with Ian Cook, Mathew was also involved in several Operas and Musicals, worked as a voice tutor with the Department of Educations Senior Vocal Ensemble and at State Music Camp, tutored at the University of Newcastle Wind Orchestra band link program, worked as a guest conductor for Orchestra Nova, and assistant conductor for the Newcastle University Choir.

After graduating in 2006, Mathew continued working and performing with local theatre groups. After some time off to travel, and work in the US as a Summer Camp counsellor, Mathew returned to Newcastle and started focusing on turning his passion for music into a career.