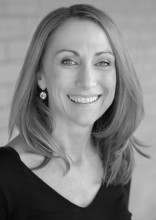 STUDIO DIRECTOR AND VOCAL MENTOR
Rachelle has been teaching voice and performance in Newcastle and the greater Hunter area since 2001. Through her years of teaching she has witnessed a growing demand for skilled, experienced and dedicated voice teachers who understand the individual requirements of each voice and every student. The Voice Studio, with its unique structure and solely focused on voice,  was created to meet this demand.

Rachelle’s initial music training was as a classical pianist and cellist. This later led to classical voice lessons where she quickly emerged as a lyric coloratura soprano. She has had the privilege of studying under Sydney highly esteemed singer, educator and music author, Victoria Watson; previously of Opera Australia and the Victorian State Opera. In 2005 she studied in Munich, Germany, by invitation, with eminent vocal coach Rita Loving of the Bayerisches Staatsoper.

Rachelle has been performing since her childhood when she had particular involvement in several youth orchestras and choirs. Throughout her career she has also developed an extensive biography of performance encompassing Musical Theatre, Cabaret, Opera, Operetta, Recitals, Live Gigs and Concerts.

Vocally and dramatically diverse, Rachelle is best known in Newcastle for her work in theatre. She has performed many roles for various companies including Woman 2 in Song for a New World at Lizotte’s, Mrs Lyons in Blood Brothers for JJK Productions, Babette in Beauty and the Beast for NDAC, Lily/Kate in Novocastrian Players’ Kiss Me Kate, Adele in Die Fledermaus and Chloe in La Belle Helene, both for Opera Hunter, Heidi in Pantseat Production’s [Title of Show]. She has received CONDA (City of Newcastle Drama Association) nominations for her performances as Jane Smart in NDAC’s The Witches of Eastwick, Emma in NDAC’s Jekyll and Hyde, Mabel in The Pirates of Penzance, Yum Yum in The Mikado for Newcastle Gilbert and Sullivan Players and Rosemary in Novocastrian Players’ How to Succeed in Business Without Really Trying. For Stooged Theatre, Rachelle appeared in the 2012 production of Breathing Corpses as Elaine, 2014’s The Weir as Valerie and, in 2015, as Grenelle in the highly acclaimed Australian play Between Two Waves.

In 2012, Rachelle launched her own production of the Newcastle (full-scale) premier of Jason Robert Brown’s The Last Five Years. She also played the female lead, Cathy Hiatt, in this highly acclaimed and CONDA nominated production.

She is a three-time CONDA winner receiving two awards in 2012 for her performances in Breathing Corpses for Stooged Theatre and as The Witch in Into the Woods for Pantseat Productions. Her third CONDA was awarded in 2015, winning for her portrayal of The Holy Terror, Miss Andrew, in Mary Poppins.

In 2018 Rachelle worked with The Very Popular Theatre Company playing Morticia in their production of The Addams Family and will appear in High Street Productions The Drowsy Chaperone, in the title role.

In addition to her work on the stage and as Studio Director/Vocal Mentor at The Voice Studio, Rachelle is very active in the theatre community in Newcastle. She is the Artistic Director of the Annual CONDA Awards Ceremony (2014-2018) and President of CONDA Inc. (2018). She has been a member of the Stooged Theatre Ensemble since 2015 and served as the Head of Ensemble in 2017. She is also the Co-founder and Managing Director of the online community resource, TheatreNewcastle www.theatrenewcastle.com.au.